Carol Berens is an architect and author in New York City. She has been writing for UrbDeZine since 2011.

The germ of the idea for her most recent book, Redeveloping Industrial Sites, started with a short article on the new Paris parks way back in 1998 for the now-defunct TWA Ambassador. Through visits to these parks and interviews with the architects and city planners, she saw how Paris’ industrial past was being transformed into not only into new parks, but new neighborhoods. Of course, Paris isn’t the only city that is confronted with the ruins of its earlier industry. The exploration into how other countries and cities including New York are continuing to reinvent themselves has been an interesting and fun journey.

She is the author of Hotel Bars and Lobbies (Mc-Graw Hill, 1996), articles on design and urban issues for various magazines as well as the Associate Editor for The Paris Times, a former English-language monthly newspaper published in Paris.

A former vice president at the Empire State Development Corporation, she led efforts in the land development of several upstate mixed-use communities as well as the sale and development of surplus state-owned land. Carol received M. Arch from Columbia’s Graduate School of Architecture, Planning and Preservation and worked as an architect at Marcel Breuer Architect in Paris, France, and at Hardy Holzman Pfeiffer Associates in New York City.

Carol can be reached at carol_berens@yahoo.com, through her website,www.carolberens.com, and via Facebook at Carol Berens NYC Real Estate.

Redevelopment of abandoned post-industrial buildings and neighborhoods has been transforming American cities over the past decades. Visits to successful projects make an interesting road trip. Matteo Robiglio, an architecture professor at the Politecnico di Torino’s Design and Architecture Department (Italy), did just that and recorded his findings in his new book. RE-USE documents his expedition and reviews projects with respect of their success in adaptive reuse as well as urban revival. END_OF_DOCUMENT_TOKEN_TO_BE_REPLACED

The recently-opened Cornell Tech campus on Roosevelt Island is all of the above, or perhaps none of them. How it develops and if it succeeds are questions to be answered in the future. Today, however, it exemplifies multiple trends in American architecture and urban/economic development. END_OF_DOCUMENT_TOKEN_TO_BE_REPLACED 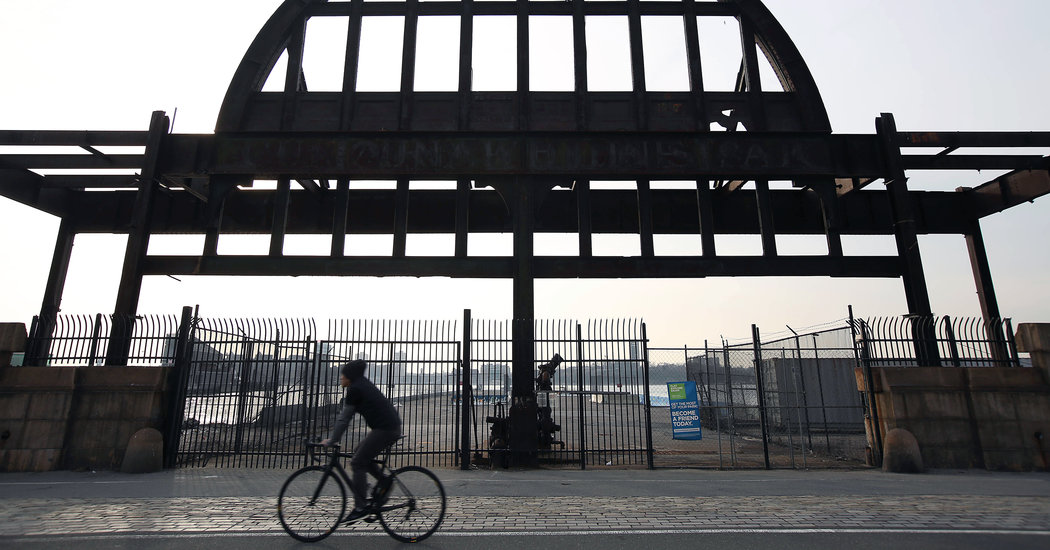 After six years and numerous lawsuits, and with the cost now estimated at 0 million, Barry Diller says it’s “no longer viable for us to proceed.”

New Year’s Day 2017 saw the ribbon cut on the first phase of the Second Avenue subway, the locally-mythic train touted to alleviate the overburdened east side subways since the late 1920s. A Great Depression, a world war and a City bankruptcy interfered with its execution. After nearly 10 years of actual construction and neighborhood misery, three airy, clean and art-filled stations opened for business. END_OF_DOCUMENT_TOKEN_TO_BE_REPLACED

The role that industry played and continues to play in molding American society was a hotly contested topic this political season. While talk mostly centered on workers and the economic forces that engulf them, little was mentioned about the actual factories where they work and how these structures shape our cities. The interconnection of factory buildings with urban landscapes and the position they hold in the lives of cities are topics that Nina Rappaport, an architectural historian, curator and educator tackles in her latest book, Vertical Urban Factory (2015, Actar Publishers, New York). In nearly 500 pages and 400 photographs and illustrations, she investigates the history of the factory building, manufacturing processes and the integration of industry within cities. END_OF_DOCUMENT_TOKEN_TO_BE_REPLACED

The latest phase of the park on Governors Island opened to the public this July—20 years after planners voiced vague ideas for its development and 20 years before future visitors assumed the landscape had been there forever. END_OF_DOCUMENT_TOKEN_TO_BE_REPLACED

The long-anticipated WTC Transportation Hub designed by Santiago Calatrava had a “soft” opening at the beginning of March. Shoe-horned next to the WTC Memorial, the Hub’s steel wingspan has loomed over the active construction site for years, promising big things to come. In fact, the opening was so low-keyed that the main entrance was still unfinished and signs showing how to enter were non-existent. The building itself is surrounded by cyclone fencing with no obvious way of getting inside. Ask a stranger how to enter, and the only response was “I don’t know, but I know it cost $4 billion!” END_OF_DOCUMENT_TOKEN_TO_BE_REPLACED

The oldest river crossing in New York City is now the newest. The 1848 High Bridge that spans the Harlem River and links upper Manhattan to The Bronx has recently emerged from a multi-year, $61.8 million renovation. It re-opened to the public on June 9th. Whether the initial enthusiasm of using this restored public space can reenergize a neighborhood will take years to find out, however, for the moment this project is bringing tourists and residents to an area that was previously known only to locals and intrepid urban explorers. Will it spur new economic activity to an ungentrified area? Is that indeed what is wanted or needed? Questions to be answered later. END_OF_DOCUMENT_TOKEN_TO_BE_REPLACED

One of my former bosses would gleefully proclaim that “life is change” as if that phrase answered all our issues. Although I thought it a bit flippant at the time, I’ve come to realize that it embodies more truth than we wished to acknowledge. Nowhere is this axiom more accurate than the waterfronts of New York City, where change continues to engender theoretical confusion and unusual alliances. END_OF_DOCUMENT_TOKEN_TO_BE_REPLACED

Everyone loves parks. The dirty little secret is that no one loves them more than real estate developers. As a way to get someone else to invest capital to create development opportunities, parks, once assumed to be drains on city coffers, are now seen as a way to jump start property values and create chic new neighborhoods. END_OF_DOCUMENT_TOKEN_TO_BE_REPLACED